The Adventures of Augustus Aquatic

When we commissioned explorer turned artist Augustus Aquatic to do a series of funky fish illustrations, we had no idea what to expect. Turns out he takes his work very seriously. Augustus set sail, circumnavigated the globe and a year later he dropped off several sketchbooks filled with rare sea creatures. Too many to share here, so we picked our favorites. Enjoy. 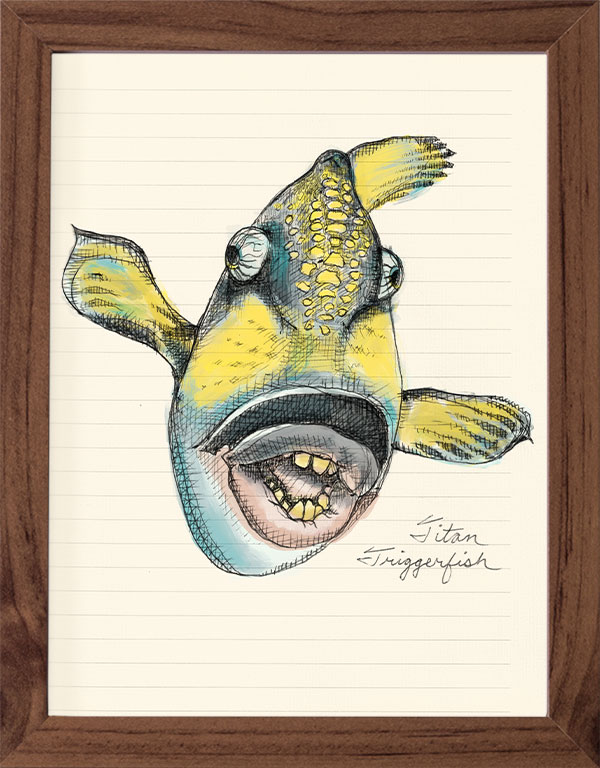 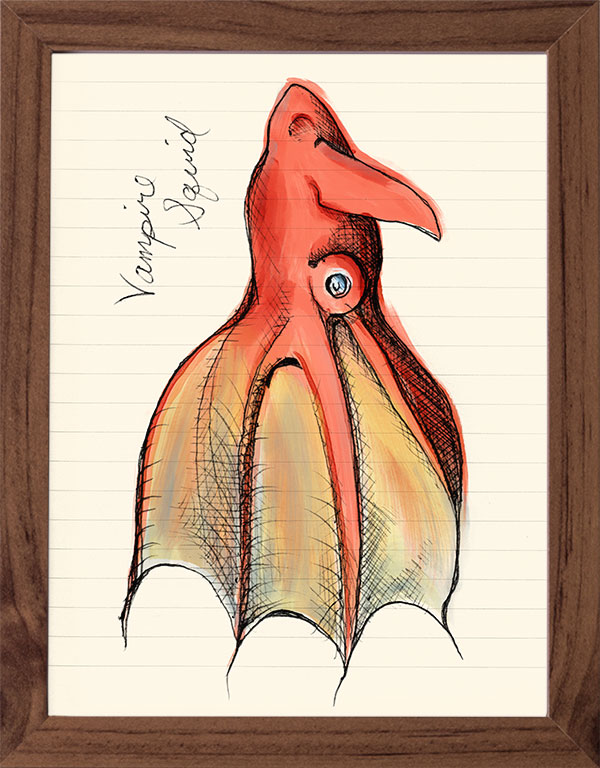 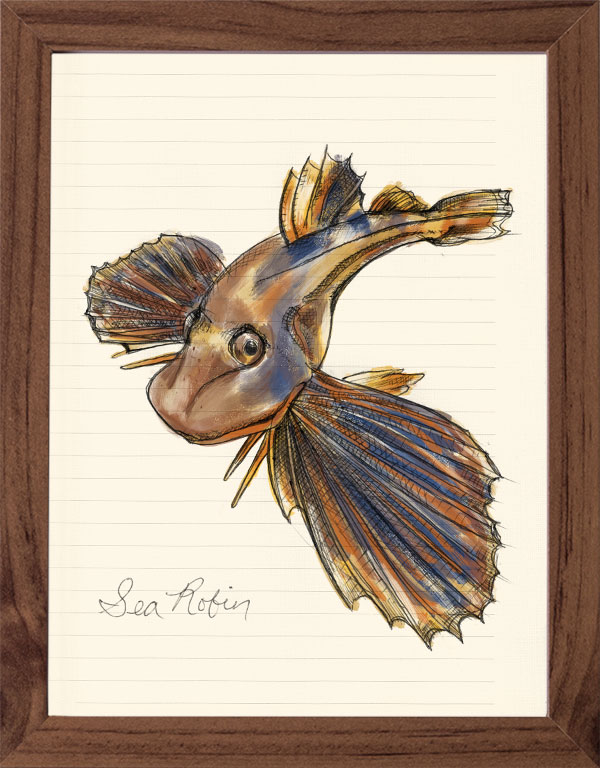 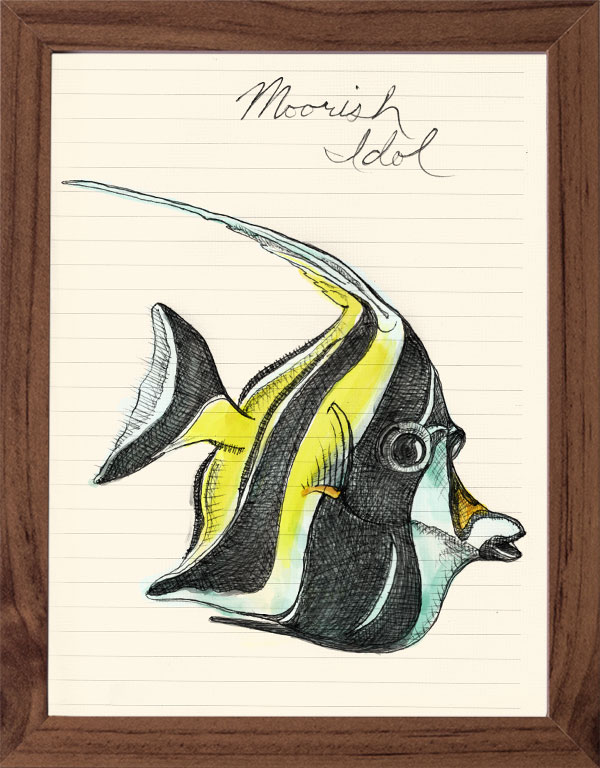 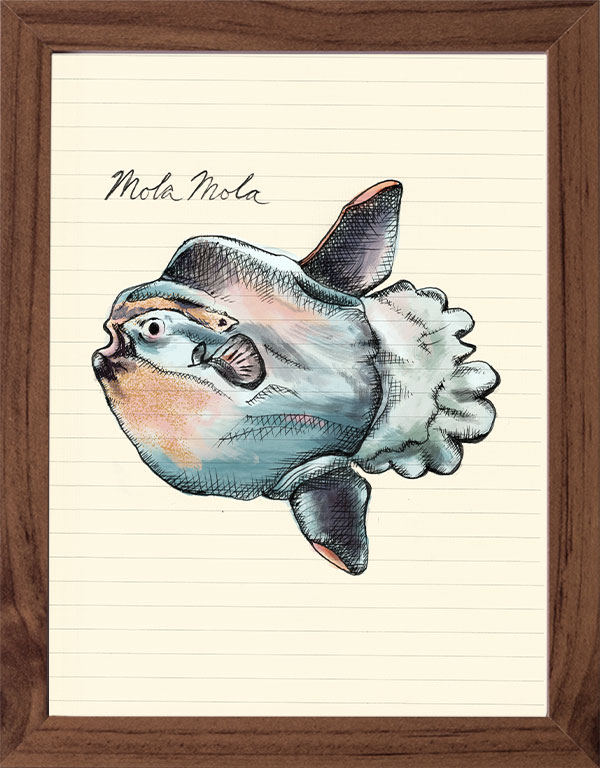 Here’s the story behind each piece:

Titan Triggerfish — This toothy fellow is a large species of triggerfish found at depths of 160 ft in most of the Indo-Pacific. From the side, triggerfish may look cute, but head on, their human-like teeth make ‘em look pretty fugly.

Vampire Squid — Despite its terrifying name, the vampire squid is relatively tiny, reaching only 6 inches in length. Its name is derived from its red coloring, glowing bioluminescent eyes and the cloak-like webbing that connects its eight arms.

Sea Robin — The sea robin is also commonly known as the gurnard and is exclusively a bottom-dwelling fish despite looking like it might be able to fly. Found in the Atlantic off the coast of New Jersey these fish are referred to as northern sea robin and are known to make a croaking sound like a frog when hooked and out of the water.

Moorish Idol — With the Olympics wrapping up in Tokyo we are including the Idol, which is common off the coast of Japan. The Moorish fish received their name from African Muslims, also known as Moors, who believed that these fish would spread happiness to everyone in their path.

Mola Mola — More commonly known as Ocean Sunfish, the Mola are huge! As one of the heaviest fish in the sea, Mola grow to 11 feet and weigh up to 2.5 tons. That’s the same weight as a Jeep Wrangler.

What do these fish stories have to do with digital marketing? Not much, but they are real sea creatures. Sometimes we just like to flap our creative fins and make some waves. Idea Lab Digital is a full-service branding and digital ad agency. We produce custom creative solutions designed to engage your audience, generate leads and sales. Btw, if you didn’t figure it out already, Augustus Aquatic doesn’t actually exist.