Some traditional publications like “Architectural Digest” have migrated magnificently into the digital age. Advertiser, Harlequin Floors was looking to reach architects, interior designers, event planners and performing arts professionals through a digital platform in addition to Google and social media channels. Idea Lab Digital worked closely with American Harlequin’s marketing director to find a new yet proven publication with the appropriate audience, and ArchitecturalDigest.com was a no brainer. Idea Lab developed rich media animated ads to showcase the Harlequin brand and service offerings, which were then placed on ArchitecturalDigest.com for a 2-week long campaign through the Google AdWords Display Network. As a benchmark, standard display click through rates (CTRs) aim to achieve anywhere from a 0.25% – 0.40% CTR. Harlequin’s campaign saw 13,154 total impressions, 108 clicks, with an above average click through rate (CTR) of 0.82%. The majority of traffic came from users who were on mobile devices, amounting to 91 clicks, 5,895 impressions and a CTR of 1.54%! 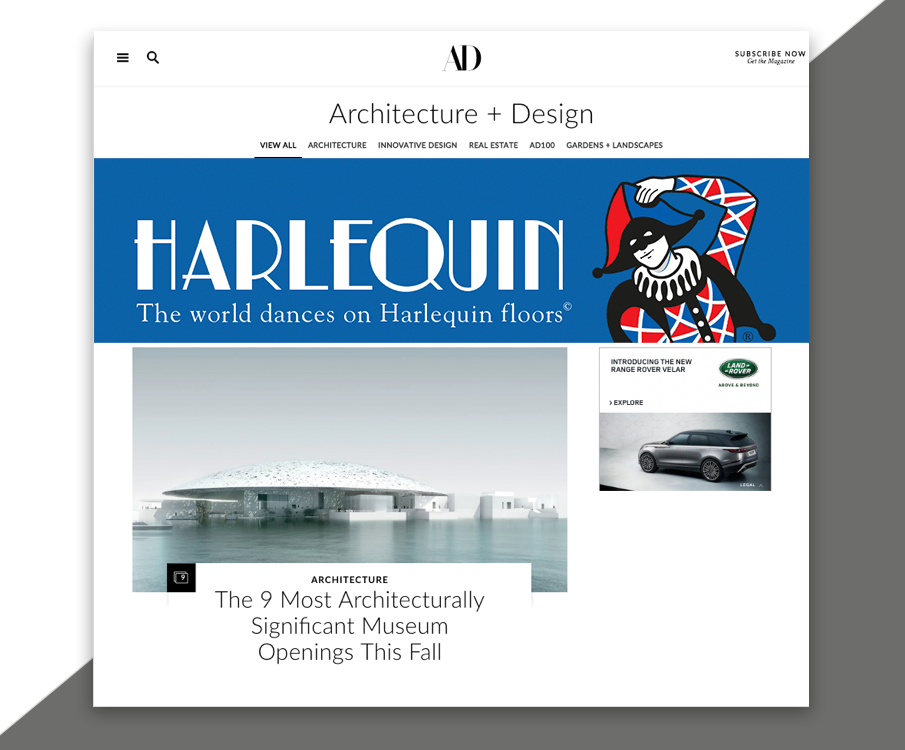